A river trip is a special experience to us here at O.R.E. and that's why we think its so important to have the best group of guides around to help foster good times and good memories.  Find out more about our office staff and some of our guides who will be getting you down river by reading below. 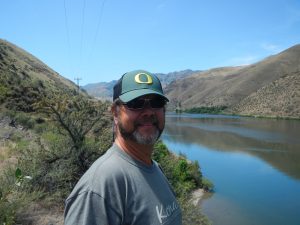 Joel was born in Ohio, but spent his childhood in Southern California. While attending and graduating from the University of Oregon, Joel fell in love with the state of Oregon and the outdoors.  Though he made his living in the Computer Industry with his own consulting company, he has always spent as much time as possible outdoors.  After ORE’s owner, Craig Wright, passed away in 2017, Joel stepped in as the Business Manager.  As Craig’s cousin, Joel felt an obligation to keep the company going and soon fell in love with its mission and the people it served, both clients and employees.  When he is not talking up ORE to everyone he meets or hanging in the office, he enjoys golfing, fishing, SUPing, bird watching, travel and, of course, time on the river! 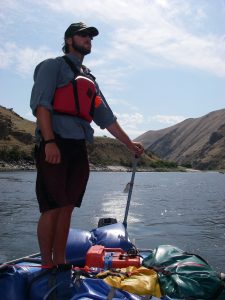 Todd grew up in northern California and graduated from California State University Chico in 2008, with a degree in Recreation Administration.  Having worked in the outdoor industry for over 15 years with experience in rafting, outdoor education, wilderness therapy, trail crews, U.S. Forest Service and non-profit management he has a lot of different experiences to draw upon.  Now, Todd, is mostly in office answering phones, booking trips and ensuring our clients are getting the Oregon River Experience they want, although he can still be found out guiding on some special trips here and there.  When not in the office or on the river, Todd is usually hanging out with his wife or out kayaking, rock climbing, pretty much just trying to spend time in the outdoors. 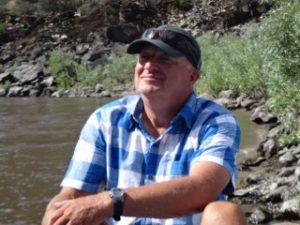 Ted was born in California but raised in the Kansas City, Missouri area.  Graduating from Northwest Missouri State University with a degree in Economics he devoted the next 30 years to various companies in the business world and to his family.   After moving around chasing the business dream, Ted ended up in the Portland area in the late 80’s.  Retiring in 2008 he found his way to river guiding with O.R.E.  As the Senior Lead Guide and part of the O.R.E. management team he is focused on making sure every O.R.E. guide has the training and attitude that insures our customers get the most out of their river adventure.  When not working on the river or company projects he enjoys kayaking, fishing, rock climbing, skiing and hanging round with his close friends and family. 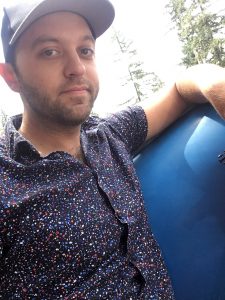 Reid discovered his passion and aptitude for whitewater rafting at age 29, and became a guide at age 30!  He has been with Oregon River Experiences for 3 seasons and is considered on of the "old Men" of the group.  His favorite river is the Clackamas in Estacada.  It's easy access from Portland and the amount of low risk but fun and exciting rapids is a huge draw.  He spent most of his life moving around the country working in restaurants, but is now in Oregon for the long term, each year counting down the days until the next rafting season! 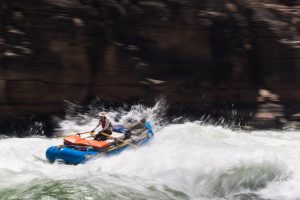 Eric developed his love of rivers from a young age on the rivers near the Smokey Mountains in TN and NC, where he grew up.  Every summer, the Lee family would make a journey to the mountains, rent a boat, and head down the Nantahala River with Dad at the helm.  As he grew older, Eric begged and got the chance to get his own boat (an inflatable kayak!).  Since then, his love of the outdoors and rivers has only continued to grow.  During summers while at college, Eric got his first taste of guiding while taking crews on 7-10 day flatware canoeing trips in the Boundary Waters area of Northern MN.  During the rest of the year, Eric teaches engineering at a local community college and enjoys cycling, rock climbing and skiing.  This is Eric's 2nd season with Oregon River Experiences and he is excited to meet more amazing people and enjoy the thrills on the incredible rivers of Oregon! 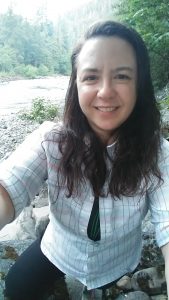 Amber's love of all things outdoors started at a young age by camping with her family in Central Oregon, always next to a creek or river.  She then moved to Boise, ID where she started hiking surrounding foothills and floating the Boise River regularly.  Her first whitewater rafting trip was on the Payette River in ID.  Visiting snowy Crater Lake, hiking Cape Lookout on the Coast, climbing to the top of Mt. Hood and becoming a river guide are just a few of the adventures she has enjoyed since moving to the Northwest in 2013.  She considers Oregon's outdoors to be the biggest playground ever!  She looks forward to sharing her excitement and knowledge of the outdoors with ORE guests. 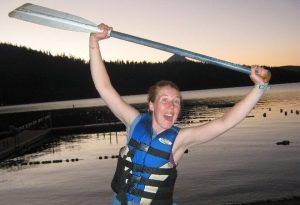 Natalie was born and raised by the Colorado River in Southern Nevada where she gained her love of water. She got her bachelor's degree in civil engineering-hydraulics/hydrology from Purdue University and then went on to get her Master's degree in water resources at Oregon State. During the week, she is an engineer doing hydraulics planning and design with rivers, potable water, sewers, and storm drainage. On weekends and evenings she tries to get out on the rivers as much as possible. She started guiding because she was excited about rafting and rapids, but has since discovered that there are so many more wonderful things to a river trip than just the rapids, and is excited to show all the joys of the river to everyone she meets. When not rafting she can be found coaching a rowing team, rowing, kayaking, or swimming in water that is way too cold to swim in.

Please tell is a bit about you and your group. The answers to these questions will help to ensure that we run a great river trip for you. This form is designed so that one person can provide information for themselves or for a group. This form is particularly helpful and needed if you will be joining us for a trip that is 2 days or longer.
<!-- </body>